On June 17, Shao Xuanhao, deputy director of the Reform Office of the Municipal Party Committee, led a group of personnel to Zhongneng Vehicle Group to carry out the "three services" activity and enter the enterprise to help solve the practical problems in development. Jiang Zhiming, director of the Approval Service Bureau of Taizhou Bay cluster, and relevant comrades of the Social Development Bureau and the Economic and Technological Bureau participated in the survey.

Zhang Liwen, vice president of the group, presided over the reception, with the participation of Mr. Yan, the manager of Hongyi frame factory. Ms. Zhang delivered a speech on behalf of the company, expressing welcome and thanks to the leaders of all departments for helping the enterprise on the hot summer day, and introduced the company's general situation and current operation status by broadcasting the company's video and PPT. Shao Xuanhao praised continuously after hearing the report. He said that under the situation of the global epidemic spreading in the first half of the year, Zhongneng Vehicle Group could still achieve the increase of orders and foreign exchange earning, which showed that the enterprise was managed in an orderly and timely manner and demonstrated its strength. He is very concerned about the use of enterprise code, on-site code scanning login, and experience the function of enterprise code. He said that according to the unified deployment of Zhejiang province, enterprises in Taizhou can gradually realize online government affairs by applying for enterprise code, and enterprise projects can be declared online; and government departments can directly push relevant policies to enterprises through enterprise code screening, and approve various projects declared by enterprises, and problems that cannot be solved in time will show red code, which can force the government to improve work efficiency and service level. He suggested that there should be a special person to manage the enterprise code, give feedback on the use of functions and put forward suggestions. 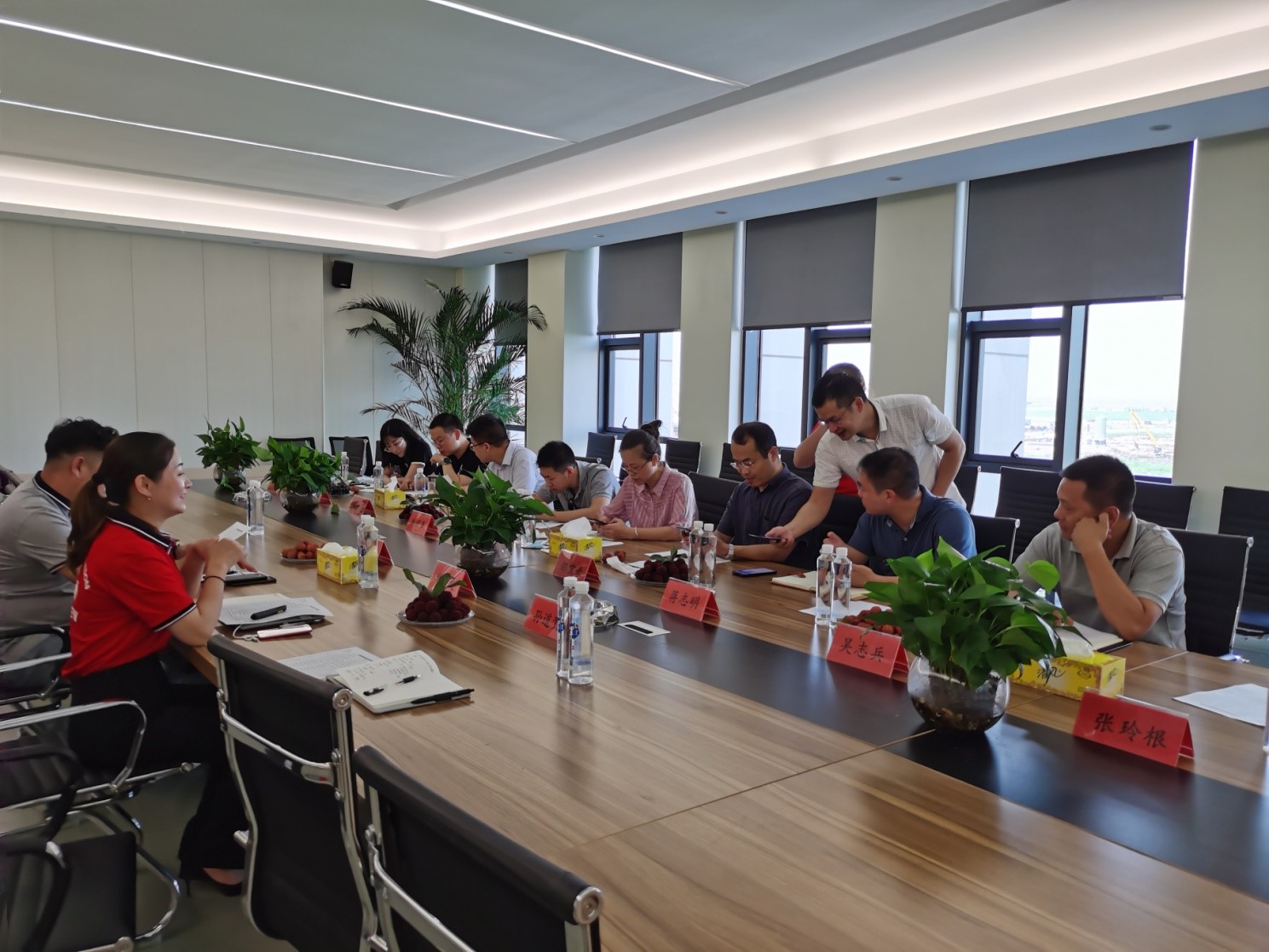 At the meeting, Ms. Zhang reported on 16 scientific and technological innovation and R & D projects that the company is preparing to apply for at present, asked relevant government departments for guidance, and put forward several practical difficulties such as children's enrollment and insurance of on-the-job employees to help solve. Shao Xuanhao attaches great importance to the questions raised by Ms. Zhang. Director Jiang of the Approval Service Bureau gave an on-site explanation about the relevant policies of the province, city and district, and asked the comrades of the Social Development Bureau and the Economic and Technological Bureau to give an on-site answer. Each department said that several difficulties in the list can be solved immediately through coordination, and some of them will be handled through consultation with relevant departments as much as possible. Shao Xuanhao made a concluding speech. He pointed out that with the rapid development of Zhongneng , it can actively increase investment in R&D, and has a strong sense of innovation, which has brought new impetus to improve the level of R&D of enterprises, create new brands and expand the market, and the government should vigorously support it. He said that according to the superior requirements, the government should continue to carry out one-to-one assistance, study and implement targeted assistance measures, effectively help solve production and operation difficulties, and implement various policies and measures to promote the high-quality development of the private economy. It is necessary to summarize the policies of various departments at all levels on enterprise services and put them on the service platform to provide accurate services for enterprises. He worked on a series of issues raised by Ms. Zhang, explained one by one on technical transformation projects, R & D projects, enrollment of employees' children, road test license and other issues, pointed out the departments and liaison that need to be connected, and required to keep in touch, follow-up and coordination. At the end of the investigation, Shao Xuanhao specially reminded that in the current enterprise production, standardized management, safe production and epidemic prevention and control work should be continued. Ms. Zhang thanked the leaders for their guidance and help; and she will work closely with relevant departments to promote various work as soon as possible. 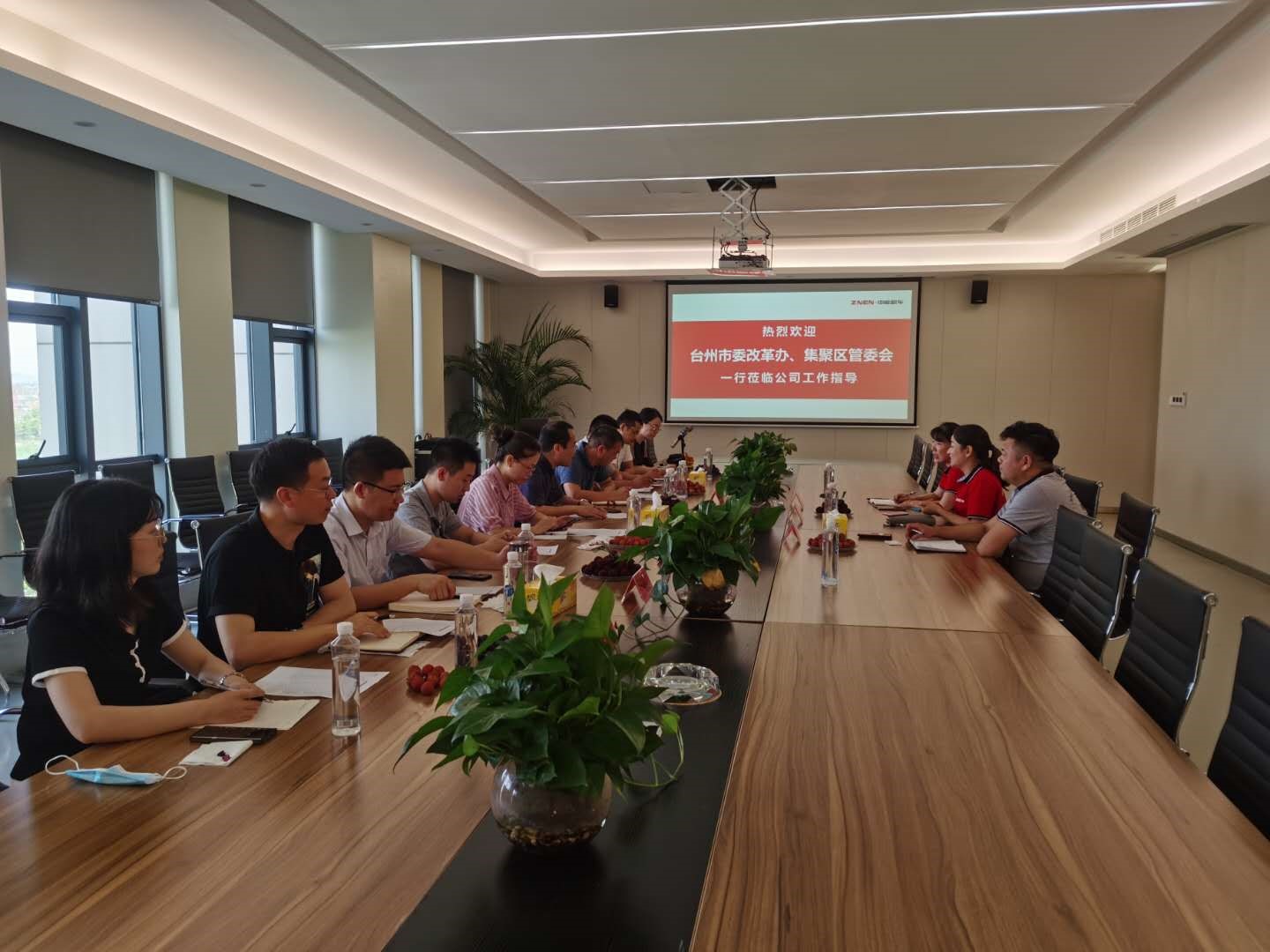 The research team listened to the report

After the survey, Ms. Zhang accompanied Shao Xuanhao and the delegation to visit the workshop of Motorway manufacturing company and Hongyi frame factory, and took a group photos.